This customized doll was a Christmas present for my boyfriend Mike, who’s the biggest Woody Allen fan and has watched all of his 40+ films (his favorite being Stardust Memories). It’s my first Munny doll so things aren’t as polished as I hoped it would be.

Here’s a step-by-step of how I did it: 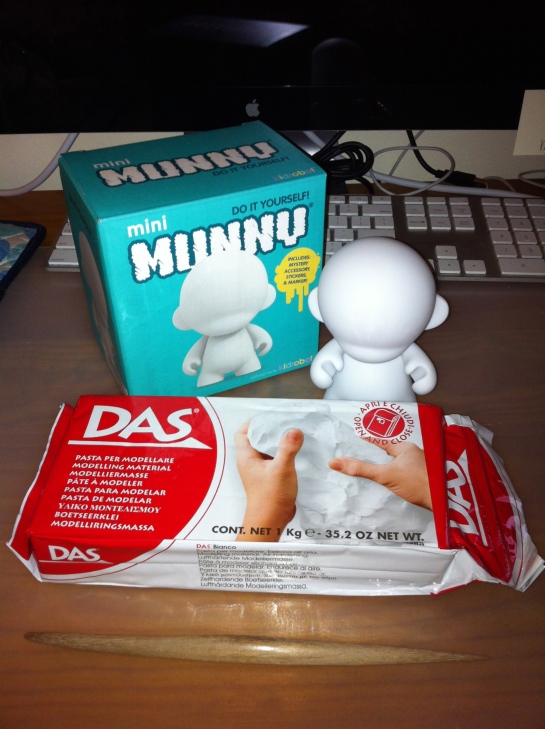 A 4-inch Munny doll and a package of white air-dry clay.

You can buy the doll on KidRobot’s MUNNYWORLD. I got mine at Blick Art Materials. 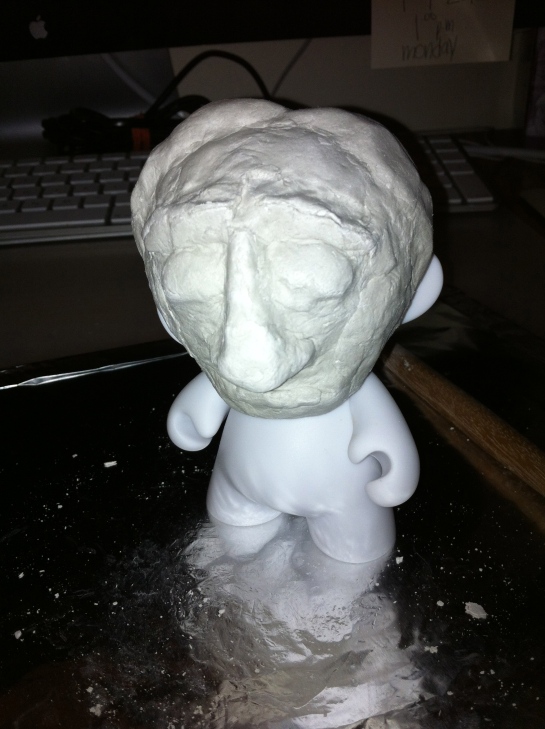 Molded the clay over the head. You have to be careful because the clay won't stick unless it's all over the surface. 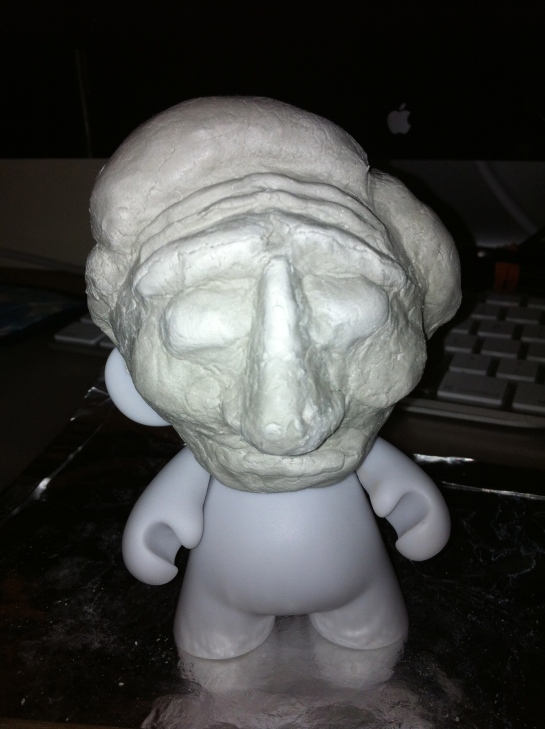 I let it dry for a day and then molded more volume into the hair and fixed the cheekbones. I got a little scared at that point because he started to look more like Ron Paul or the guy from Up. 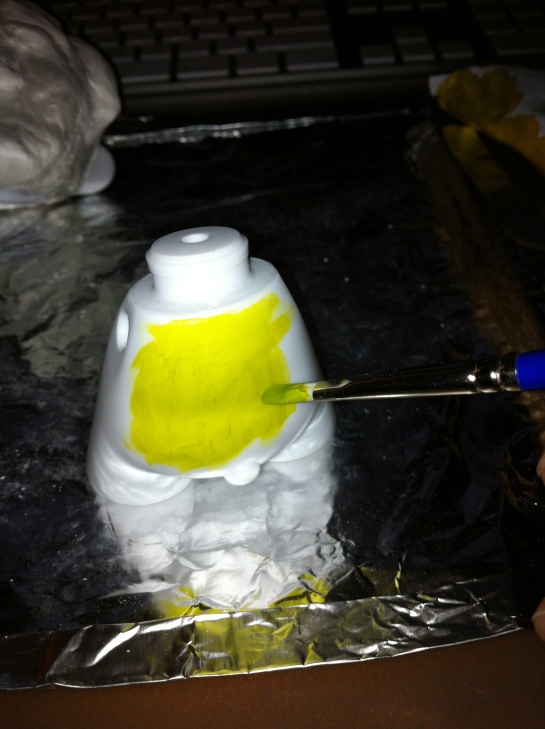 I took off the head for the rest of it to dry and started painting on his clothes on the body. 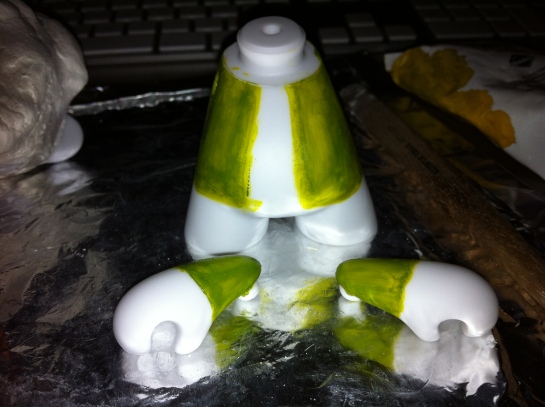 Took apart the arms for the sleeves. Don't worry, it snaps back on. 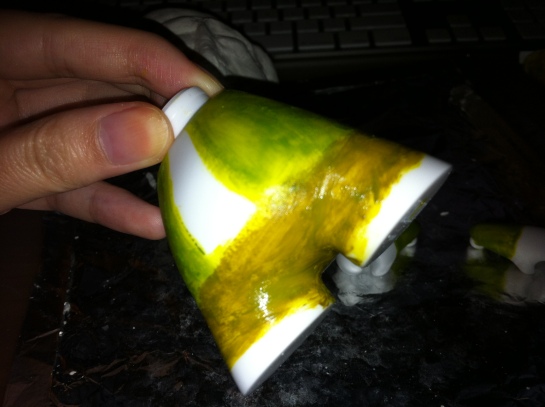 Pants! Woody's really into the corduroys. 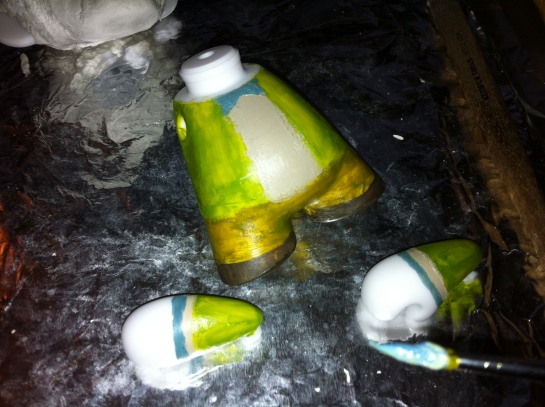 Then the wool vest and collared shirt. 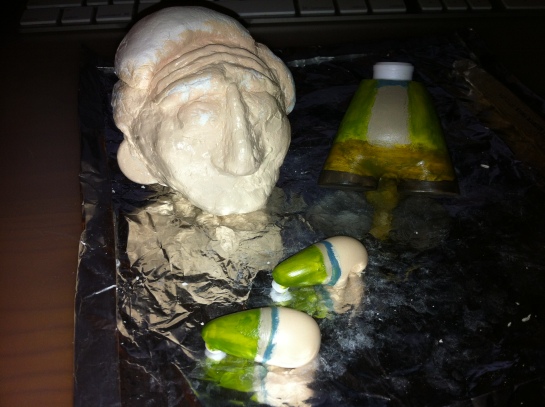 Painted his skin on both his face and hands. 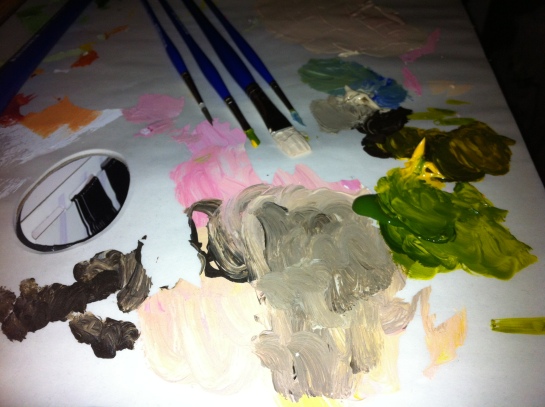 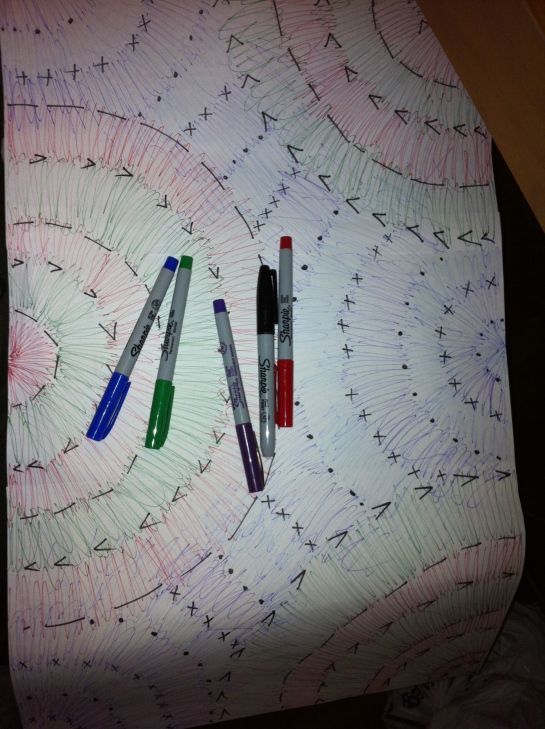 I made a cheap-looking gift wrapping out of three pieces of paper and different colored Sharpies. 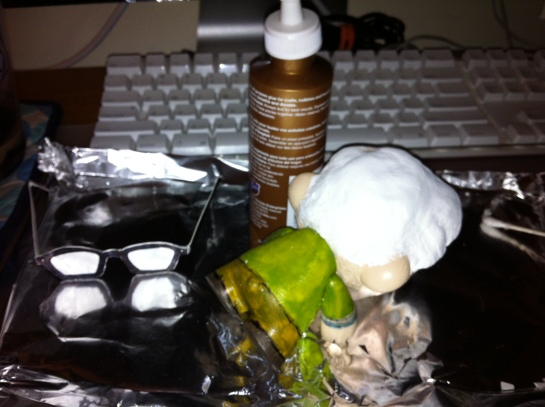 I'm sorry, I forgot to take photos of several steps. I painted white gesso paint on his hair to fill in the cracks and then fashioned a pair of his signature glasses by glueing two glossy cardboard papers and coloring it with black Sharpie. 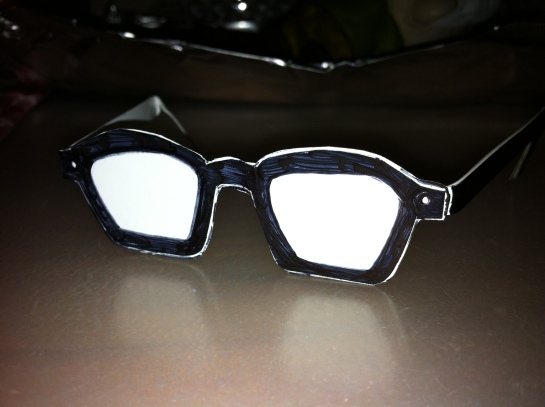 Here's a close-up of the glasses. 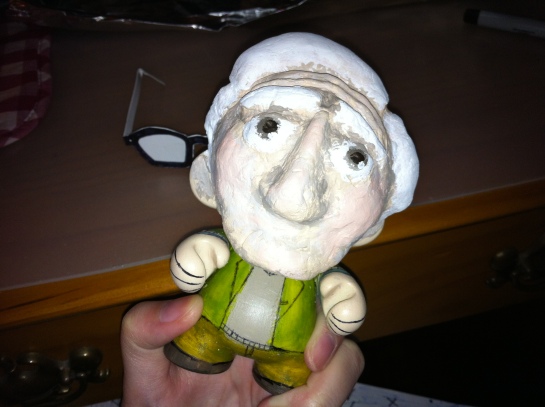 I added the eyes and brows. 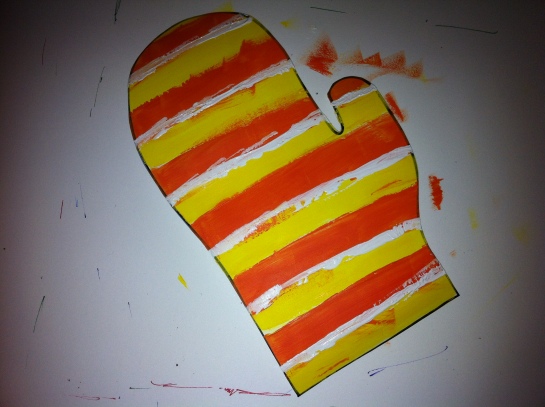 As I let it dry, I cut out a cardboard mitten and painted stripes. It'll be used for a card. 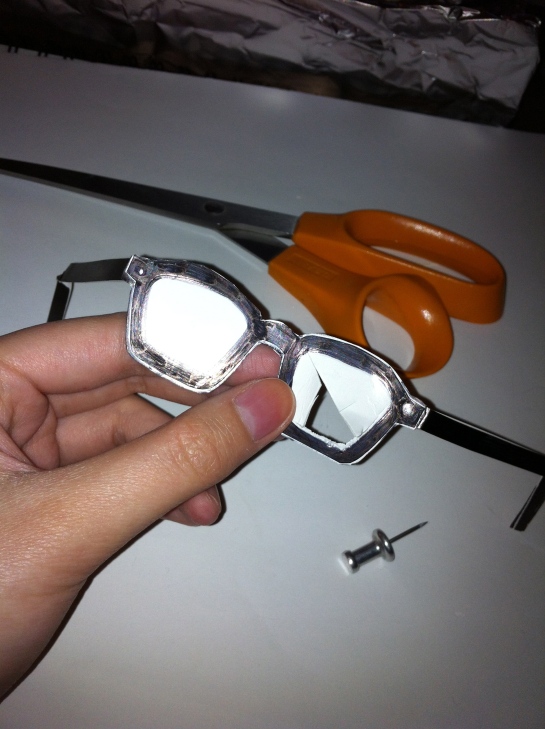 I couldn't find my knife so I stupidly wasted time by poking a line of hole around the frame with a thumb tack until I realized I could just use scissors. 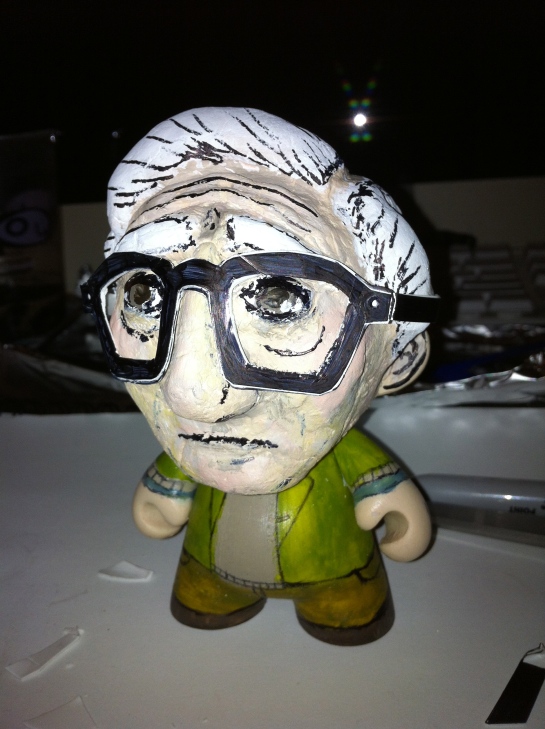 After adding pinkish tones and Sharpie lines, then glueing the glasses on, here it is! Tis the director himself! Mini-fied. 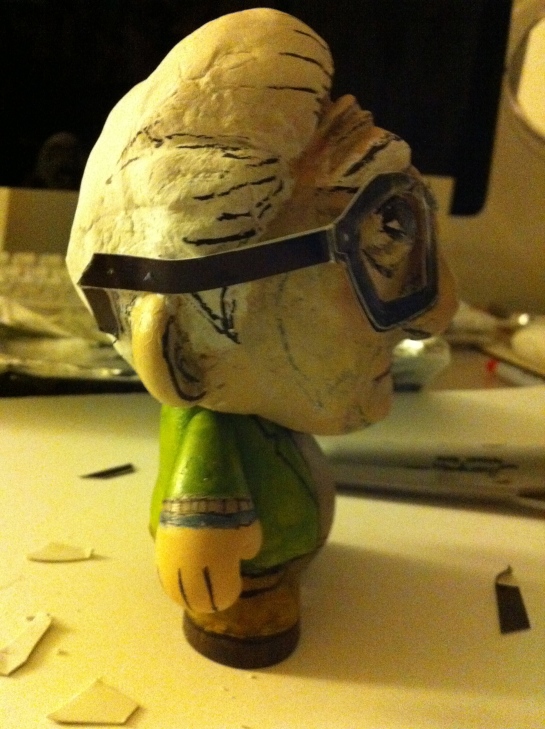 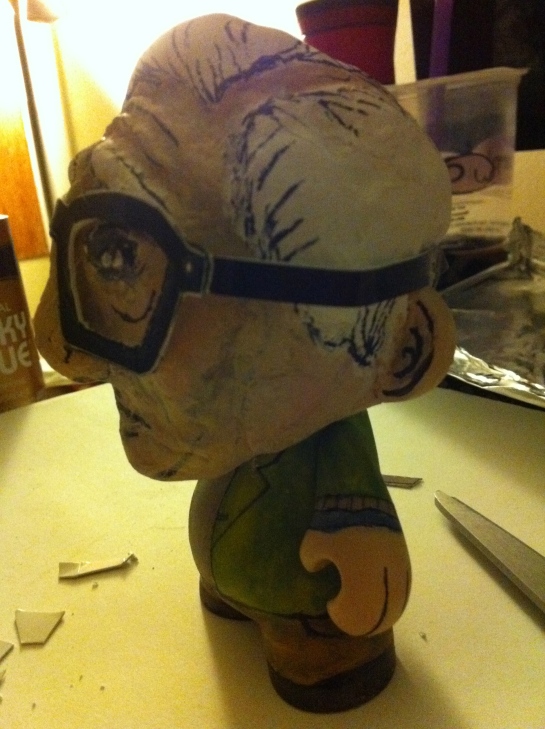 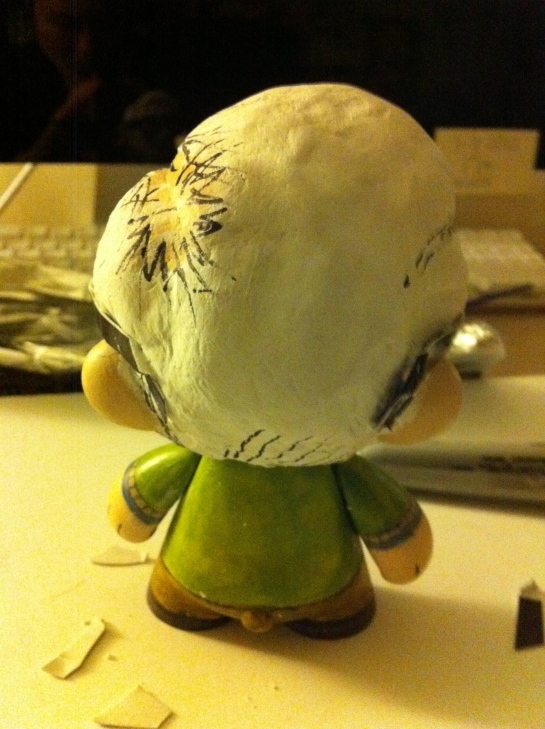 The back of his head. I even included his bald spot. 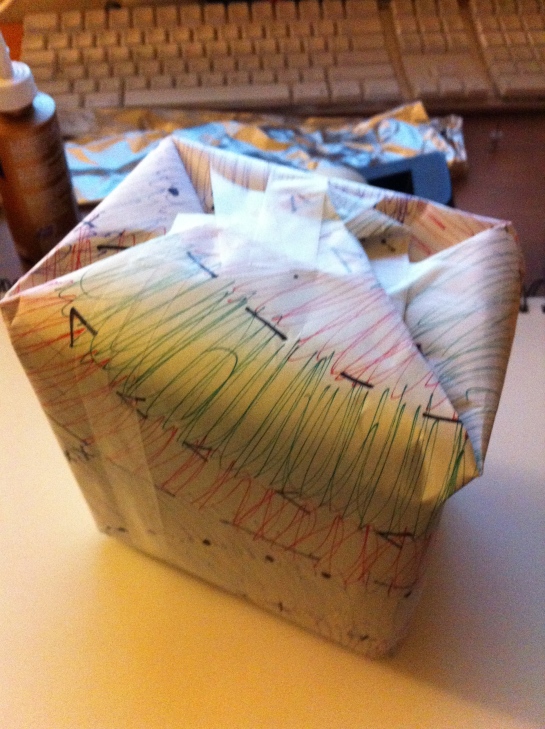 I put him back into the Munny box and covered it in the wrapping paper I made. I did a pretty bad job of taping it. 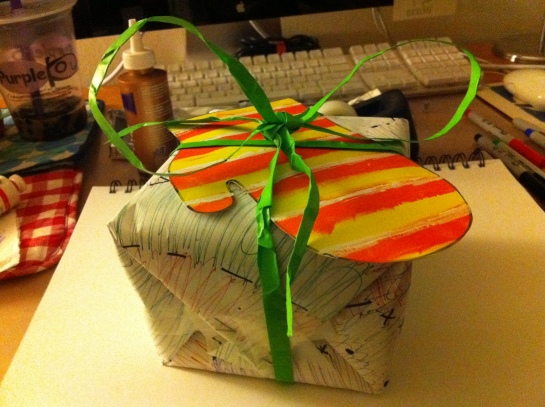 Placed the mitten on top. I folded a long strip of artist tape in half and made a ribbon to tie the box with. 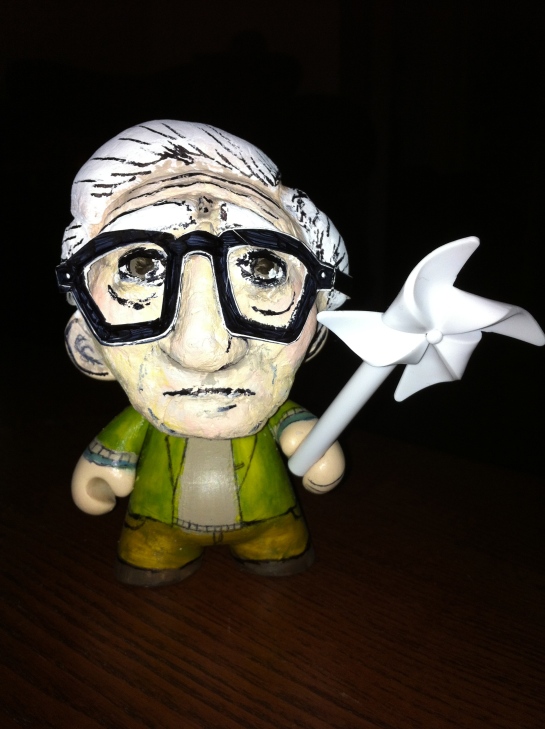 Here it is again. I don't think Woody Allen has ever held a pinwheel in a movie (Correct me if I'm wrong) but there was one included in the box and it helped balance his big head. The reason why I decided to post this blog before Christmas is because we decided to open presents early. He got me a Bamboo digitizing tablet, how wonderful. : )

Error: Twitter did not respond. Please wait a few minutes and refresh this page.