More posts about me working as a production assistant (P.A.) that I’ve posted on Man’ority Report.

No real update on my part. Just a snapshot of the car that drove past us, reminding everybody how super Hollywood this place can get. 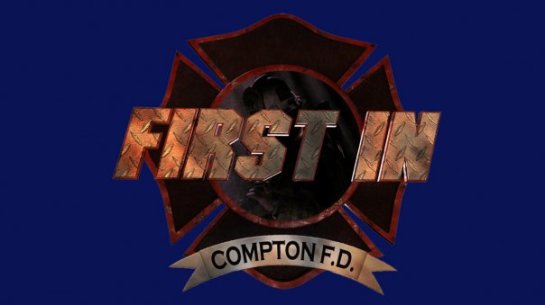 I started watching Mike’s first produced show FIRST IN, a BET reality series about the country’s busiest fire department in the notorious city of Compton led by the youngest battalion chief. Mike hasn’t always been there on location but the hours of footage he had to go through were some of the most gruesome and strangest things he’s ever seen. Such events included an old, handicapped man whose colostomy bag exploded and a guy high on meth getting punched out by a cop when he ran to attack the firefighters. The first episode was of a drive-by shooting that killed a young man who wasn’t gang-affiliated and his girlfriend arrived on the scene hysterical over his body. I asked Mike to pause it. “Wait, her face wasn’t blurred.” Mike: “Yeah.” Me: “So some P.A. (production assistant) went up to her as she was crying and asked her to sign a release form to show her face?” Mike: “Which is exactly what you’ll have to do.” Me: “OMG! Okay, okay, I get why it needs to be done but what could you say to get her to calm down enough to give a signature? I mean, it would’ve been my first time seeing a dead body too! And it was her boyfriend’s!” Mike: “You would have to tell her this show is about the Compton Fire Department, how they always see this happen and there’s a story to be told. If she signed this form, she could let the world know how horrible these deaths are and her boyfriend’s story wouldn’t be forgotten.” Me: “You guys are geniuses. Evil geniuses.”

During one of our breaks, Mike and I roasted sausages in his backyard.

I’ve been blogging a little for my dad’s new, up-and-coming blog site MAN’ORITY REPORT on http://manority.com/. Though mostly about reality TV shows like American Idol and The Voice.

I also just started to write a little about being a production assistant on my boyfriend Mike’s reality series K-TOWN. Y’know, the “Asian American Jersey Shore” — though expect lots more depth and craziness.

Here’s some posts I’ve written about my experience so far: 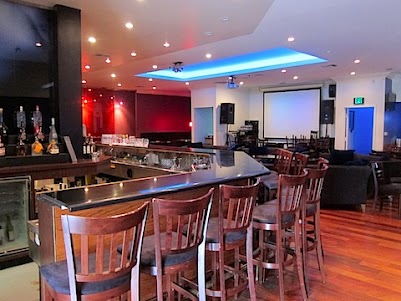 I flew down to Los Angeles yesterday and will be helping out on my boyfriend Mike Le’s reality show K-TOWN (The Asian Jersey Shore) as a production assistant (P.A.) soon. It’ll be a hectic month’s work of getting signatures on release forms, running errands, handling the needs of reality stars and uploading hours of footage. Basically doing whatever the producer needs me to do at the moment. Last night we were in Koreatown — the heart of all the craziness — eating Kalbi tacos at Cafe Bleu with his two other producers. I sat fascinated as they chatted about the schedule, story beats and this one amazing time they partied with a K-pop girl group. There’s more news to come since at my dad’s request, I’ll be blogging about this experience on Man’ority Report when I have the time. Hang tight, y’all.

I don’t have much to show for being a production assistant yet unless you count email threads and hours of watching Celebrity Apprentice, Amazing Race and American Idol. Reality TV is fascinating in the sense that there is no actual script to start with but an outline. If you were to add or take away a story beat, the entire production is changed, new plans have to be drawn up and the budget has to be fixed. Crazy things happen on set in order to meet those goals, like how The Bachelor producers sometimes drive around rejected contestants for close to 7 hours in order to get them to cry on camera. Or how there are people specifically hired to test the challenges on Fear Factor to see if scorpions and donkey semen can actually be consumed by humans. I know trashy shows get a lot of flack for being, well, trashy but I don’t think I can watch one without thinking about how many hours of work are put into each scene. The outline may be detailed at first but producers love it when something different, crazier and better happens than what was originally decided.

Oh helloooo. This picture was taken before the K-TOWN production meeting at a restaurant bar with the producers and film crew. They gave me more info on what I’ll be doing on set, which would be uploading footage onto hard drives immediately after filming. So, I’ll mostly be off in my special little corner with a laptop and SD cards haha. I watched with big, earnest eyes as they worked out the 12-hour-per-day shooting schedule, making sure they could spare at least three hours for each set and lock down locations around Koreatown. Some of the cast members stopped by for happy hour and were their usual loud, crazy selves: throwing back drinks, recounting strip club stories and teasing their tight-lipped, bemused producers for more show details. It’s been almost two years since K-TOWN was first conceived so the cast members couldn’t help but shake with excitement. There’s a lot of great news coming soon and it’s just killing everyone that we can’t tell anyone yet. For me, to even be a small part of it is mind-blowing.

Will keep you updated.

Error: Twitter did not respond. Please wait a few minutes and refresh this page.